Beverly Gossage is the Owner of HSA Benefits Consulting and the Past President of the Kansas Chapter of the National Association of Health Underwriters. For nearly two decades she has helped Kansas families, businesses, and seniors find affordable health insurance coverage.

Beverly saw a need to address legislation that was coming out of DC and Topeka that was intended to help people but was hurting them. Her efforts began affecting legislation. She helped pioneer health savings accounts and testified about consequences of health care laws on every day citizens.

Due to the increasing interest in HSA plans and her federal health care reform expertise, Beverly has been asked to speak at numerous workshops, radio and TV programs, and conventions locally including: 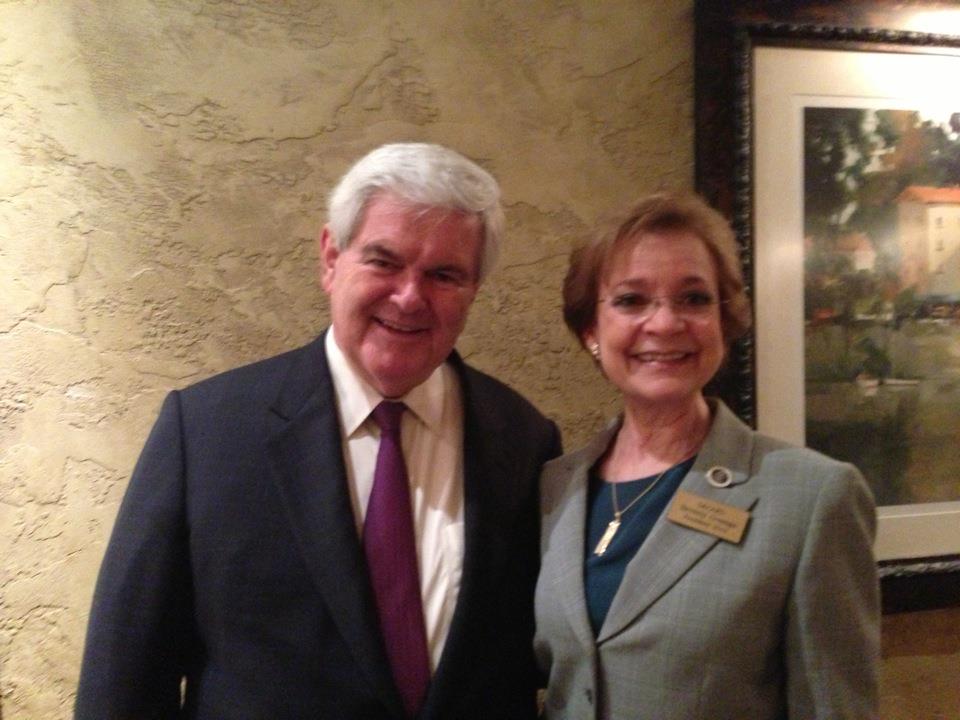 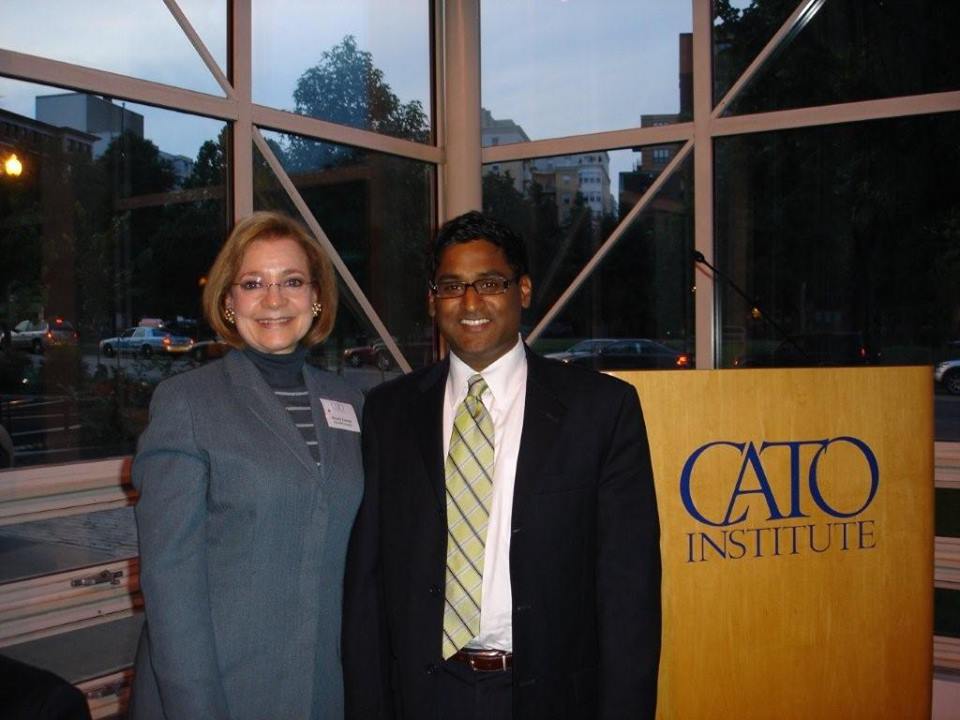 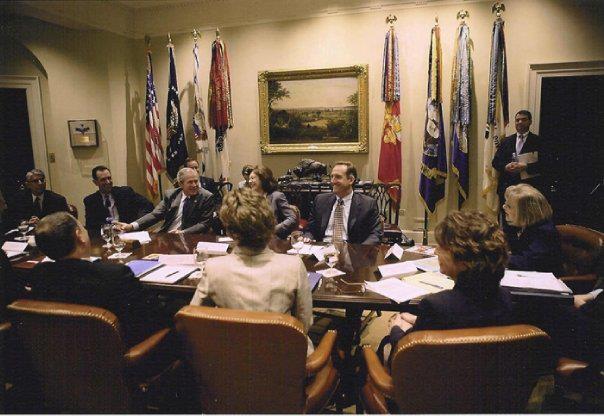 In April of 2006, President Bush invited Beverly to the White House, one of ten guests, including representatives from insurance carriers, banks, and business owners to participate in a round table discussion on HSAs. She confers regularly with the health team for the current administration and helped author the Republican Study Committee Proposal on Health Care Reform.

She has testified on bills in several states, including both houses of the Kansas Legislature.

Beverly has been an Advisor, Senior Fellow or Board Member for multiple organizations including:

Her articles have been featured in The Hill, Forbes Magazine, and USA Today

Beverly Gossage was born in Wichita to Calvin and LaVaughn Kastl. She was the second of five children. Her family lived in Kincaid for a short while where her father owned a gas station and where Beverly attended a two room schoolhouse. She loved everything about school and knew at age six that she wanted to be a teacher. Her family moved back to Wichita where she attended Dodge Elementary and her seven family members lived in a little two bedroom house. In sixth grade her parents moved to Kansas City where her father was a car mechanic for a plumbing company and Beverly graduated from Ruskin High School. Since the age of ten, Beverly caught her family’s entrepreneurial spirit. She made pot holders and sold them door to door and babysat. She worked at Dairy Queen and other restaurants to save for college and a wedding. That year her parents relocated to Ft Scott so that her dad could get his plumbing license.

Beverly received her Associate of Arts from Ft. Scott Community College. She married her junior high sweetheart Robert in 1969 and joined him in Kansas City, Missouri, where she continued her education at CMSU. Since Beverly was paying for her own tuition through odd jobs and scholarships, she wanted to pay for her college in the most economical way. She loaded up with maximum credit hours each semester and attended through the summers to graduate in a total of three years. She completed her childhood dream of becoming the first person on either side of her family to graduate from college and finally becoming a teacher by graduating magna cum laude with a degree in education from CMSU. Beverly began her career shortly after her 21st birthday at Westridge Elementary in Kansas City. In 1974 she and Robert moved to Eudora where they built their first home and she taught at Deerfield Elementary in Lawrence.

They started their family in 1976. They moved to rural DeSoto in 1978. As their family grew, Beverly and Robert tightened their budget so that Beverly could do part time jobs then started her business to spend more time with the children. Beverly worked with a builder and became a real estate agent and broker for eight years. Later while she homeschooled her youngest son who was dyslexic, she would work in the evenings cleaning the houses her brother’s company built to help with the family budget. Her experience with teaching Adam one-on-one, increased her desire to help other children who were struggling. She became the Director of the Lawrence Sylvan Learning Center and was later promoted to District Manager over multiple centers in Kansas and Missouri.

Her path changed to health care and insurance when her family asked for help with the health insurance for her parents’ company Kastl Plumbing. She found a Medical Savings Account (MSA- the precursor to the HSA) qualified plan for them. She knew she had to help others with this complicated task of finding affordable health insurance coverage, so she left Sylvan Learning Centers and took on this new education mission which she continues today. 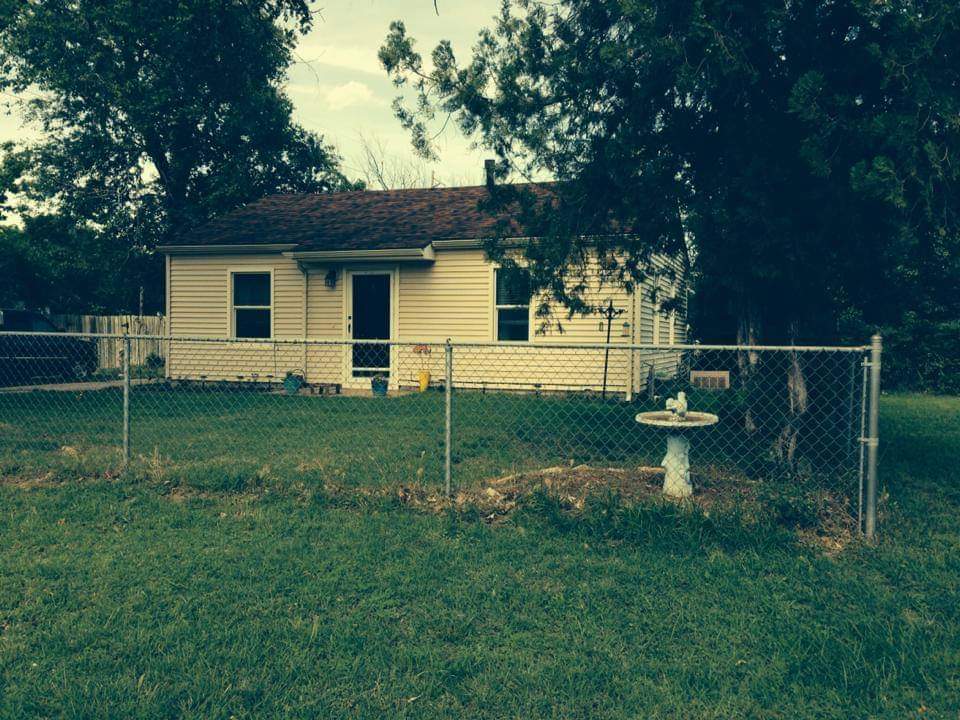 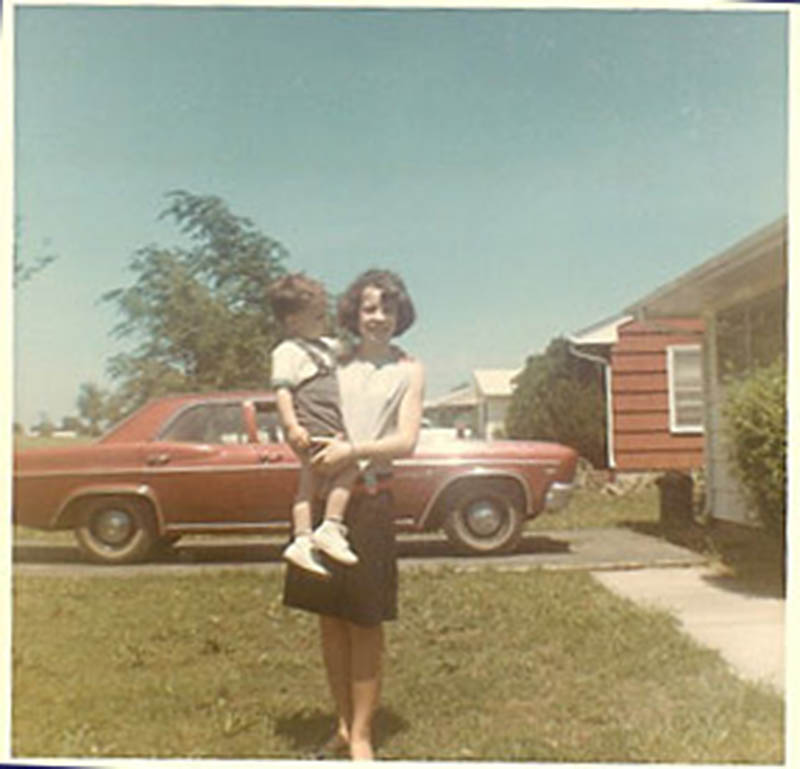 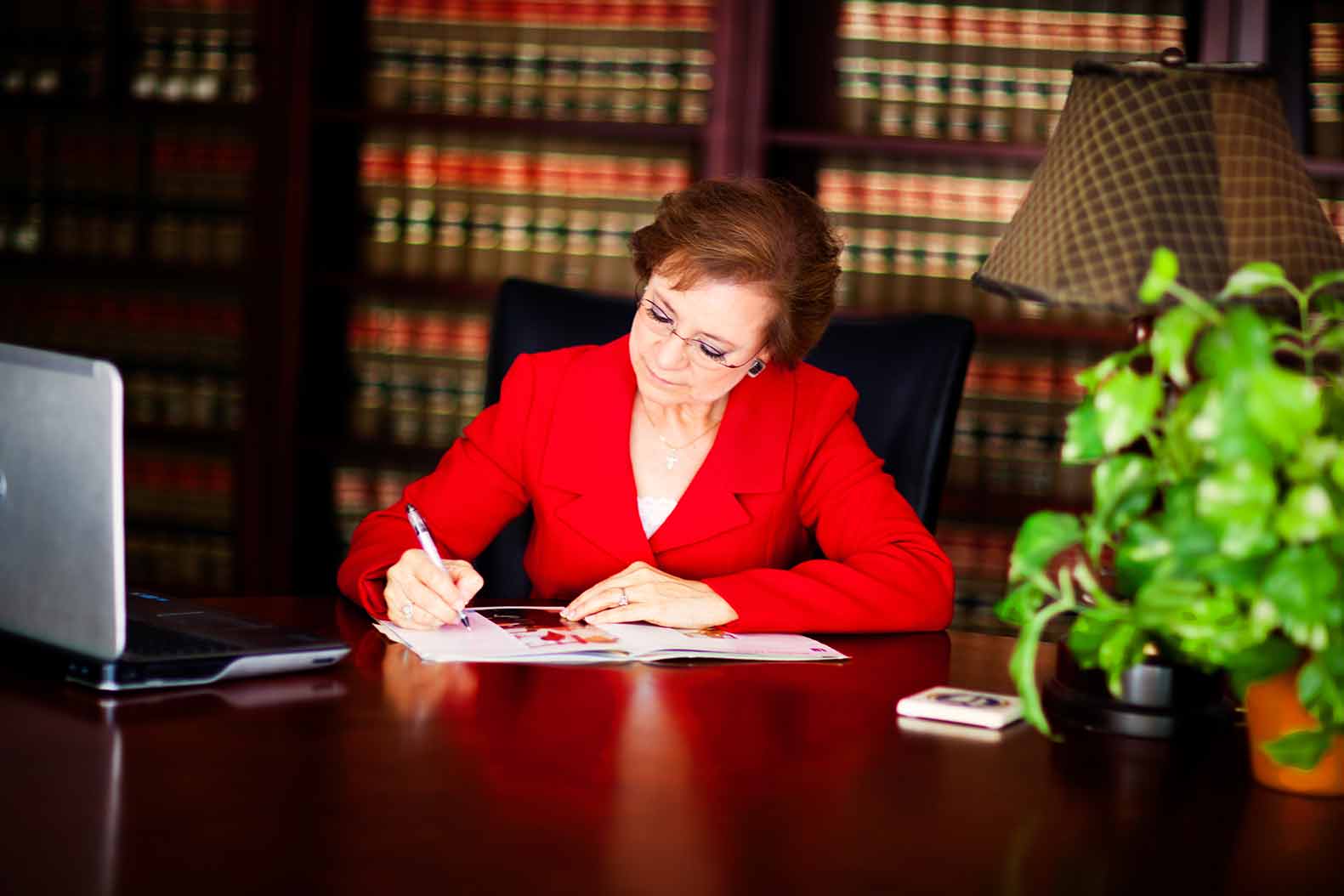 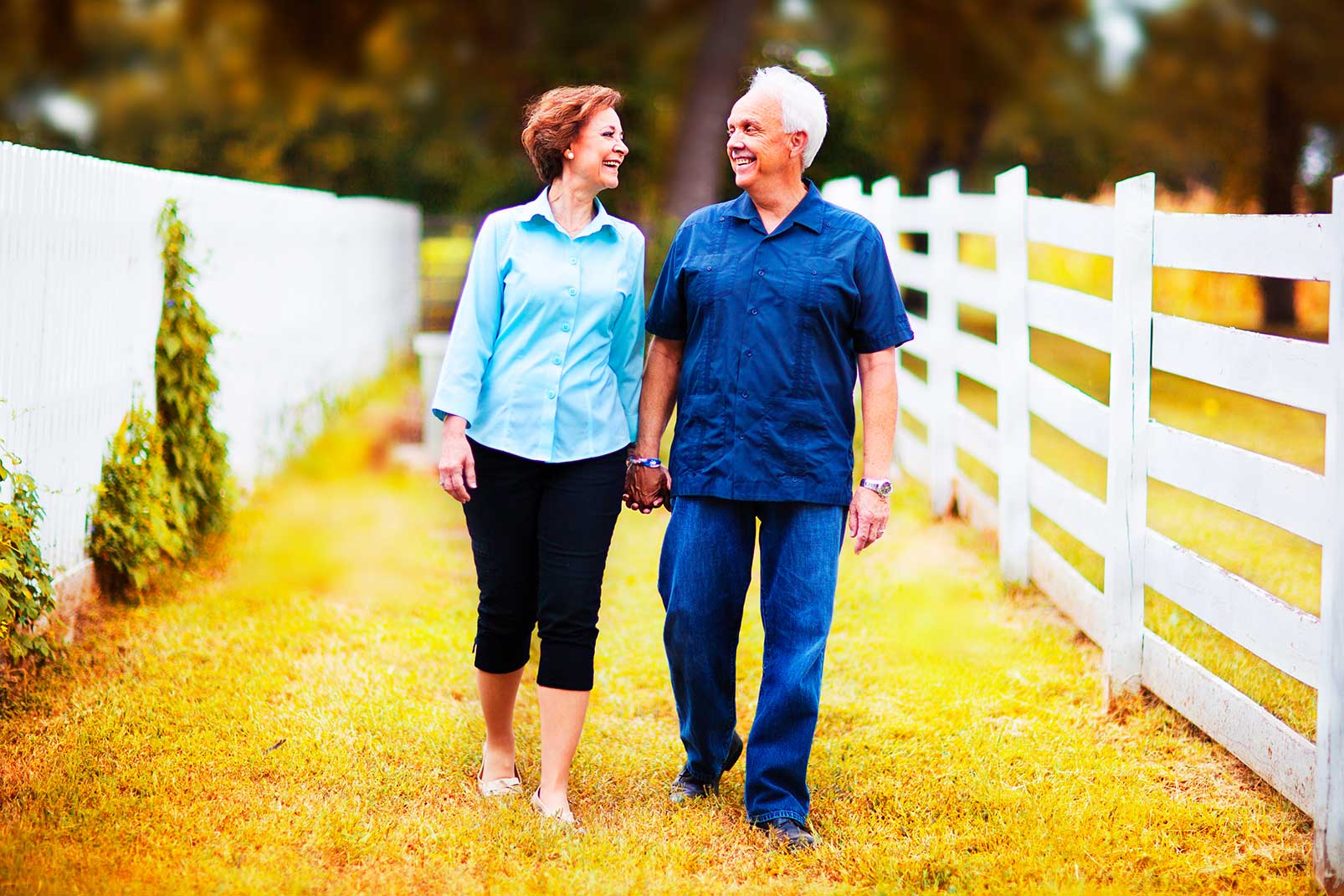 A Professional, not a career Politician!

Beverly’s efforts in the area of health reform and her desire to help elect Republicans who believed in free-market principles led her being appointed to the State Executive Committee in 2012 and then being elected by her Republican colleagues to the delegation for the 2012, 2014, and 2020 Republican Conventions.

On September 1st, State Senator Julia Lynn removed herself from the November ballot due to a family health emergency. Per Kansas law, on September 16th, Republican precinct leaders held an election to replace Lynn on the ballot, and these leaders elected Beverly Gossage as the Republican nominee for State Senator. After prayerful consideration, Beverly agreed to take on this enormous challenge to launch an intense, compressed campaign. She has received an outpouring of support because her experience and expertise in education, small business and health care reform will be invaluable in the office of Senator.

Beverly and Robert are the proud parents of four children who all graduated from DeSoto High School. Their daughter is an editor in New York City. The oldest son is a CPA CFP and CFA in Phoenix who is married to a surgical oncologist at Mayo Clinic. The middle son is a singer, songwriter, producer and the worship pastor at Nexus Church in Lenexa. The youngest son is a freelance online producer, married to the owner of a Cheerleading/Gymnastics Studio in Grain Valley. They have four grandchildren.